Brandon is stuck. Can you help? Original storytellers across different mediums come together to create a digital only series that engages audiences around the world. Brandon Generator is a crowd-sourced, online comic produced by Boz Temple-Morris, where the public get a chance to co-write with writer/director, Edgar Wright and comic artist Tommy Lee Edwards.

At the end of the first episode the public were invited to use various digital tools to offer ideas, sketches and dialogue for the next episode. Edgar would co-write with the public, a team of animators and illustrators swung into action, with David Holmes adding the music. A unique and extraordinary series. 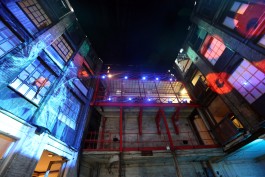 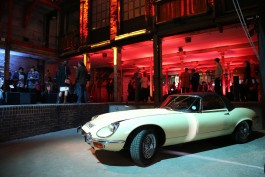 The project was a critical and commercial success, receiving widespread acclaim and with a strong reputational impact for the client, Internet Explorer, whose targets were massively exceeded. 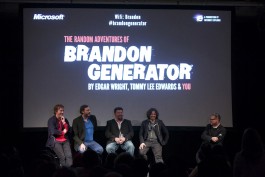 An ad campaign used a small number of high profile interventions in cities and on TV.

We made three ‘Making Of’ films, working with photographer Tim Mitchell.