The story of three young people using technology in a world of pain. Directed by Ruth Sewell and produced by ourselves, New Realities is a short film (10m) that tells the story of three children who are using virtual reality in place of anaesthetic, in hospital.

The film is made possible by a collaboration between the tech company Lenovo, the charity Starlight, and the clinicians at Children’s Hospital, Colorado. It arose following a brief from Lenovo to generate media coverage around the positive use of technology. It was distributed in ten countries, creating awareness and debate around the world.

New Realities was shot in and around Denver, Colorado

(DoP there is Sam Hardy. Stills Photography by Brooks Freehill) 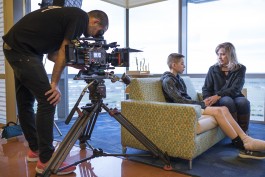 And launched at the Denver Film Festival before international distribution. 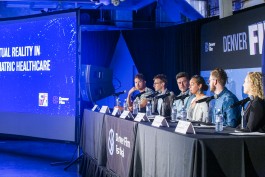