for Lenovo and Girl Up

Ten short films, in immersive 360 format, each shot in a different country and each telling the story of an inspirational young woman dedicated to making change.

The project is a response to a marketing brief from Lenovo, who wanted to initiate a worldwide conversation about the power of empathy and the positive role technology can play. Having proposed focussing on young female voices and using immersive 360 as the medium, we identified NGO partners who could help make the project achieve meaningful and lasting impact. 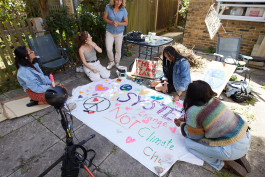 As the lead producer, Same River managed the project from early development right through production, delivery and the launch event, working closely with Lenovo’s agency 3 Monkeys Zeno and a stakeholder group including client offices in ten countries, multiple NGO’s and project partners including Girl Up, a project of the UN Foundation, and filmmaker and activist Ava DuVernay, who was the project ambassador at launch. 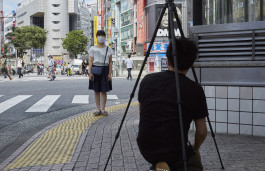 The team was led by Boz Temple-Morris with leading 360 film maker Mary Matheson as Lead Director and highly experienced VR Producer Niall Hill. We established a global network of partners including Emblematic in the USA, IMRGE in India and Surround Vision in the UK. The directors include Nonny De La Pena (“the Godmother of VR", no less), Erika Barazza, Phil Harper, Cecilia Sun,  Ayumi Takahira, Mitch Turnbull and, of course, Mary Matheson. Truly an incredible group. 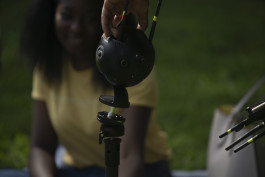 These films were made in the summer of 2020, as the ill-winds were blowing everywhere. It was only due to the incredible dedication, thoroughness and ability to innovate to solve problems that we were able to deliver all ten films to a timetable and budget that was set before Covid 19 had taken hold. Just one example: in India we delivered camera equipment to Ashwini, the film’s subject and remotely trained her in 360 filming so that she could make the film herself, removing the need for any travel or contact from outside the remote village where she lives. The results are extraordinary.

Most importantly, the project was completed safely for all involved through the innovation, dedication and professionalism at all levels of our team.

The series was launched at an online event, also produced by Same River. We created a 3D gallery and event space accessible by phone, tablet, laptop etc. Guests could 'wander around' the gallery and watch the films, before a live event kicked off on the ‘big screen’. The event was held 3 times in 24 hours to cater for multiple timezones, with live Q & A sessions featuring the young women, the film makers and the client. A refreshingly smooth experience, with participants speaking multiple languages, and an appropriate showcase for an extraordinary project and its inspirational participants.

This is ongoing. The girls are being supported with a bursary, a mentorship programme (established by project partner Array) and have support from Girl Up. Lenovo and Girl Up have also entered into a long term partnership that will benefit young women around the world. The project has also exceeded all the commercial expectations set by the client. We hope to work with the whole group in the future to follow the girls' achievements.